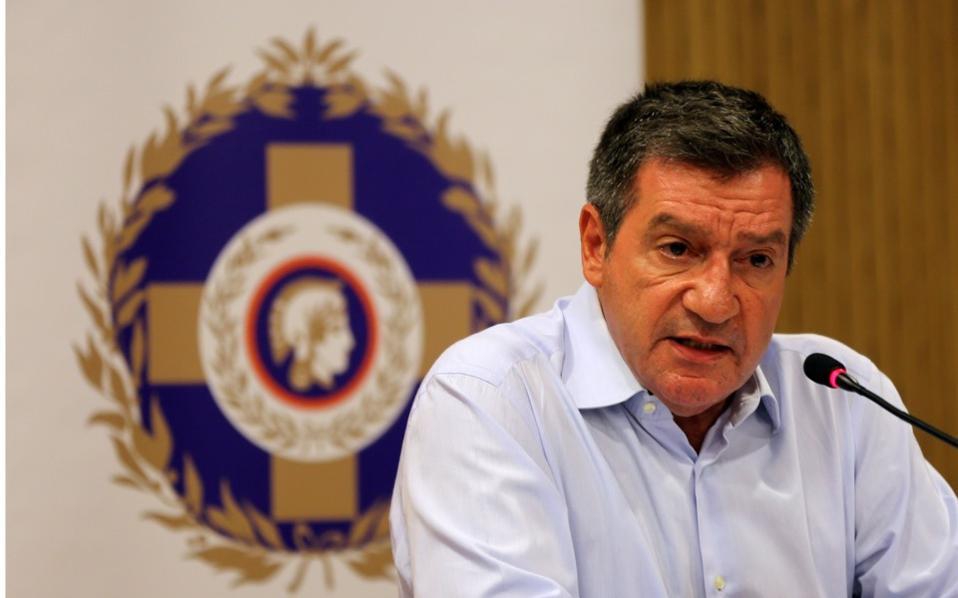 Their efforts to humanely address the refugee crisis have put Athens Mayor Giorgos Kaminis (photo) and Lesvos Mayor Spyros Galinos on a short list of 15 local authority leaders from around the world contending for the title of World Mayor 2016.
The 15 finalists have been proposed for their response to the European refugee crisis and include mayors from Spain, Italy, France, the Netherlands, Belgium, Poland, Germany, the USA, Canada as well as Syria and Turkey. The winner is to be announced at the end of the year.
Those interested in influencing the verdict can participate in an online vote online at www.worldmayor.com/contest_2016/world-mayor-shortlist-2016.html.
Meanwhile, the coast guard was put on alert Wednesday after a smuggling boat foundered off the coast of Thassos in the northern Aegean, leading to four people drowning while another 15 were rescued.
The drownings came after a period of relative calm, with arrivals from neighboring Turkey sharply reduced since March, when Ankara signed a deal with the European Union to crack down on human smuggling in the Aegean.
However, there is still concern about growing tensions at overcrowded reception centers on the Aegean islands.