Cyprus and Egypt reaffirm their will to further enhance their relations

The Alexandria International Conference on Maritime and Underwater Archaeology

Cyprus and Egypt reaffirm their will to further enhance their relations 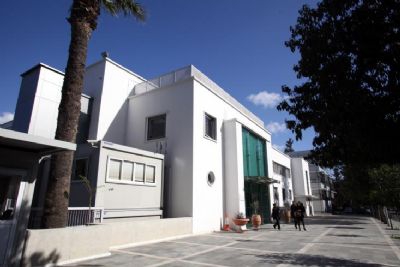 Cyprus and Egypt have reaffirmed their will to further enhance their relations.
According to an official press release, House President, Demetris Syllouris, received on Tuesday the Ambassador the Arab Republic of Egypt in Cyprus, Hussein Mubarak. Syllouris reaffirmed close relations between Cyprus and Egypt at all levels, referring to the cooperation between the two countries at the bilateral level and in the framework of the Trilateral Cooperation among Egypt, Cyprus and Greece.
He reiterated his invitation to the President of the Egyptian Parliament, Ali Abdel Aal, for an official visit to Cyprus. Mubarak referred to the historic and friendly relations between Egypt and Cyprus, underlining the importance of the close cooperation between the two countries in various fields, as well as their joint support in the framework of international organisations.
The Egyptian Ambassador underlined that there is common will for further enhancement of the already close relations between the parliaments of Egypt and Cyprus and expressed the belief that these relations will be reinforced through more frequent exchange of visits.
Mubarak reiterated his country`s steadfast support to efforts to reach a Cyprus settlement, on the basis of UN Security Council relevant resolutions and the international law, and expressed hope that this aim will soon be achieved.
Syllouris and Mubarak also discussed issues of mutual interest in relation to the latest political developments in the region.