Hellenic Foundation for Research and Innovation to Strengthen Research across Greece 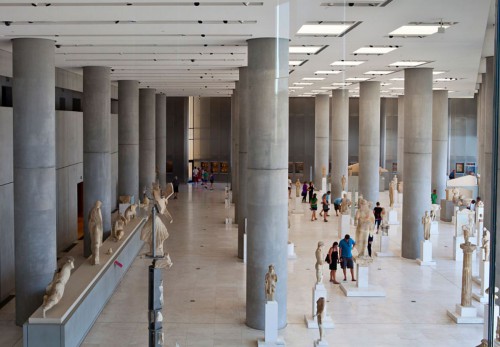 Users of the TripAdvisor website have voted the Acropolis Museum in Athens the best museum in Greece, making it ninth in the world.
Designed by US-based architect Bernard Tschumi, the modernist building at the foot of the Acropolis’ southern slope showcases surviving treasures from the Archaic and Roman periods, with particular emphasis on the Acropolis of the 5th century BC. The museum opened in 2009.

The top 10 list, according to the 2016 edition of TripAdvisor’s Travelers’ Choice Awards for best museums which mostly features European museums, also includes the Art Institute of Chicago, St Petersburg’s Hermitage, the Musee d’Orsay in Paris, and the British Museum in London.
The ranking is based on millions of TripAdvisor reviews from travelers over a 12-month period.