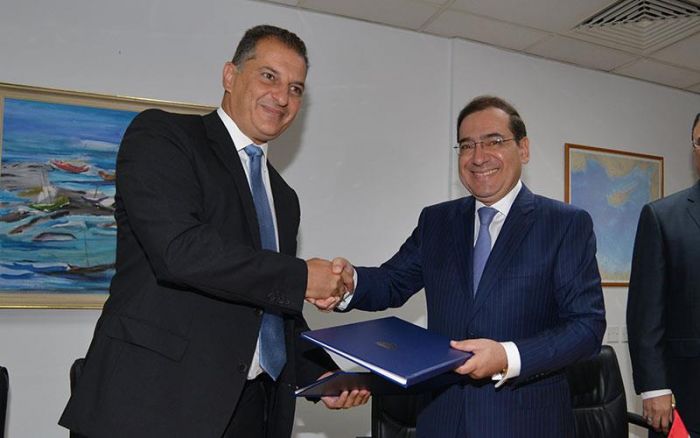 Cyprus has signed a deal to build a pipeline to supply Egypt with natural gas once production starts from the Aphrodite field located offshore the Mediterranean island.

Asked if this gas will also be exported to Europe and other markets, Constantinos Filis, director of research at Institute of International Relations, told New Europe this depends on the agreements that will be made by the Consortium that will take over.

Italian energy major ENI is developing Egypt’s massive offshore Zohr field where exploration activities yielded positive results. “If Zhor field proves efficient to cover Egypt’s growing internal consumption, then any further quantities concentrated in Egypt will probably going to be exported,” Filis said, adding that in that case, the natural gas will be transported in the form of liquefied natural gas (LNG), which makes the European market, in contrast to the Asian one, of the most attractive options.

Filis said the agreement to build a pipeline between Cyprus and Egypt would probably affect the East Med pipeline. He added, however, that the East Med project anyway was a low priority.

“However, East Med can be materialised with Israeli gas alone. But the Cypriot side, as it realised that the Vassilikos LNG plan [in Cyprus] could not been realised, logically turned to the most ‘obvious’ option, given that Egypt hosts two LNG facilities that do not need lots of money and time in re-operating. Of course, the political risk is high, given Cairo’s authoritarian regime struggle to stabilise internally and the danger of extremist elements, which are emerging in the country and the concomitant terrorist resurgence. So, Nicosia should develop more alternatives for exporting its gas,” Fillis said, adding that he encouraging news is that new energy finds in its Exclusive Economic Zone (EEZ) are underway.

According to Lakkotrypis, the first gas through the Cyprus-Egypt gas pipeline should be completed sometime between 2020 and 2022.

Cyprus, Egypt and Greece are already planning to expand energy cooperation. Nicosia and Athens are in separate talks on strengthening energy ties with Tel Aviv.

Asked if the Cyprus-Egypt deal means that a pipeline across Turkey for Med gas seems even more distant, Filis told New Europe that in his view there is no pipeline across Turkey but rather to Turkey. Using Turkish soil for transporting gas from the Mediterranean is a very problematic scenario, not least in terms of cost – due to the need for building new infrastructure connecting the southern with the north-western part of the country – but also with regard to the dangers stemming from the fragile internal environment and its gradual alienation from the West, Filis said.

“In any case, since we are not talking about huge quantities – based on nowadays discoveries – in the wider region, the latter cannot feed many projects/markets at the same time. But again, the defining factor is Israel, as the more mature producer, and Egypt because of Zhor field and to a lesser extent Cyprus,” Filis said.