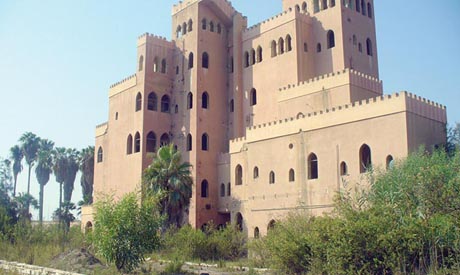 Egypt’s Ministry of Antiquities has started the documentation process for adding Gianaclis Palace in Abou Al-Matamir city in the costal governorate of Al-Beheira to the country’s Heritage List for Islamic and Coptic monuments.

Minister of Antiquities Mamdouh Eldamaty announced today that the decision was taken according to Article 1 of Egypt’s Antiquities Law No 17/1983, stipulating that any edifice in Egypt with distinguished archaeological or historical value, or decorative or artistic elements, be put on Egypt’s Heritage List as symbol of Egypt’s historic civilisation.

Eldamaty told Ahram Online that the 30 feddans wide Gianaclis Palace was built within the vineyards on Al-Nubareiya canal in Abou Al-Matamir city in 1948 by Greek businessman Nicola Biyarkos, known in Egypt as Gianaclis. The palace was built in Italian architectural style with six flours and 366 windows: one for each day of the year, including leap years.

In 1956, after the July 1952 Revolution, Eldamaty said, the palace was put into the possession of the presidency, and late President Gamal Abdul Nasser decided to build an administrative building in the palace garden, along with electricity and water improvements.

During the tenure of late President Anwar El-Sadat, a military airport was established as well as a number of military settlements.

Along the span of its history, Gianaclis Palace hosted several leaders and presidents of different countries. It was also the residential home of toppled Sudanese President Gaafar Al-Numeri.