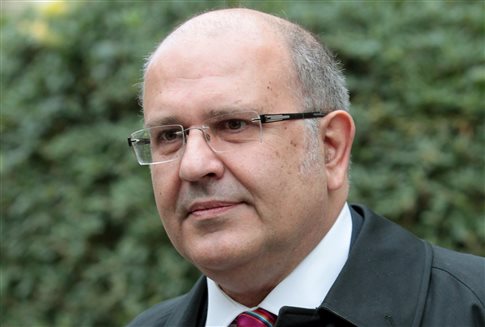 On the third day of his tour of Central European countries, the Alternate Foreign Minister for European Affairs, Nikos Xydakis, met in Budapest with representatives of the Greek community of Hungary. Members of the delegation he met with included the president of the Minority Self-Government of Greek Hungarians, Mr. Koukoumtzis, and the MP representing the Greek minority in the Hungarian Parliament, Laokratis Koranis.
Mr. Xydakis listened closely to the views and questions of the Greek community, and he briefed them in detail on developments in issues such as the refugee crisis, social security reform and the current state of the Greek economy.