Greek islanders to be nominated for Nobel peace prize

Greek islanders to be nominated for Nobel peace prize 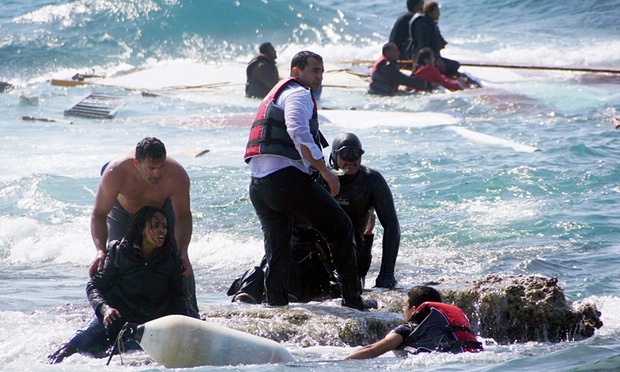 Greek islanders who have been on the frontline of the refugee crisis are to be nominated for the Nobel peace prize with the support of their national government.

Of the 900,000 refugees who entered Europe last year most were received –scared, soaked and travelling in rickety boats – by those who live on the Greek islands in the Aegean Sea.

The islanders, including fishermen who gave up their work to rescue people from the sea, are in line to be honoured with one of the world’s most esteemed awards. Eminent academics from the universities of Oxford, Princeton, Harvard, Cornell and Copenhagen are drafting a submission in favour of awarding the prize to the people of Lesbos, Kos, Chíos, Samos, Rhodes and Leros.

The nomination deadline is 1 February, but those behind the plan have already met the Greek minister for migration, Yiannis Mouzalas, who they say has offered his government’s full support. A petition on the website of the grassroots campaign group, Avaaz, in favour of the nomination has amassed 280,000 signatures. According to the petition: “On remote Greek islands, grandmothers have sung terrified little babies to sleep, while teachers, pensioners and students have spent months offering food, shelter, clothing and comfort to refugees who have risked their lives to flee war and terror.”

While the official nomination letter is yet to be finalised, it is understood the academics, whose identities will be revealed in the coming days, will implore the Nobel committee members to accept their nomination.

They will say that it must be noted that a people of a country already dealing with its own economic crisis responded to the unfolding tragedy of the refugee crisis with “empathy and self-sacrifice”, opening their homes to the dispossessed, risking their lives to save others and taking care of the sick and injured.

In December, the image of Antonis Deligiorgis, a 34-year-old Greek army sergeant, rescuing an Eritrean refugee from the turbulent waters off Rhodes, was singled out as a striking illustration of the valour of those in the islands.

Only individuals or organisations are eligible to win the prize so it is likely that the “solidarity networks” on the islands – groups of volunteers who organised to help the refugees – or individuals within groups will be the official nominees. A precedent was set in 1976 when Betty Williams and Mairead Corrigan won the prize for their efforts in seeking peace in Northern Ireland. It was seen as a reward for all those who sought reconciliation during the most troubled years.

The volunteer networks on the Greek islands have provided accommodation, hygiene packs, food, dry clothes and help with the next steps for refugees. However, it is claimed that the instincts of the majority of islanders set the tone across Europe towards the refugees’ plight.

Spyro Limneos, an activist in Greece for Avaaz who distributed aid on the islands, said: “The people involved in the solidarity networks organised and helped the desperate when the governments weren’t even willing to recognise that the there was a crisis.

“By opening their hearts the islanders sent a powerful message that humanity is above races, above nations.

“I will never forget seeing young girls being rescued from a boat on Leros. They were smiling. They didn’t have suitcases or any possessions except their end-of-year school certificates written in Arabic. They laid those down in the sun to dry out. It was a combination of tragedy and hope.”

One of the organisers of the Solidarity Networks, Matina Katsiveli, 61, a retired judge who lives on Leros, welcomed the move but said there was “reward enough in the smiles of the people we help”.