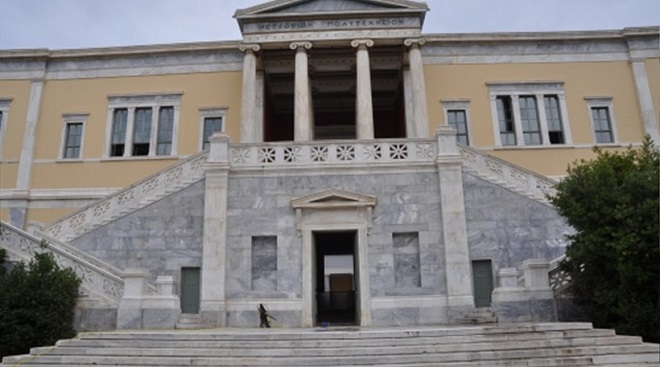 Two law students from the National Technical University of Athens (NTUA) claimed the first spot in one of the categories of the World Universities Debating Championships, January 3, in the city of Thessaloniki.

The victorious team composed by speakers Maria Rousi and Thodoris Dounias was competing in the English as a Foreign Language (EFL) category. After going through the qualifying rounds held between December 29 – 31, the NTUA students were among the four teams to go through to the final.

The topic of the final debate was the use of photographs in the ongoing refugee crisis, by various humanitarian campaigns. The NTUA students, as well as students from UKIM Skopje of the Former Yugoslav Republic of Macedonia (FYROM) had to debate in favor of permitting such photographs while students from the German FSU Jena and from Brawijaya University in Indonesia had to speak on prohibiting the photographs.

The annual competition that was held in Thessaloniki this year, included 1,200 students from 350 institutions hailing from 70 different countries, according to Huffington Post Greece.