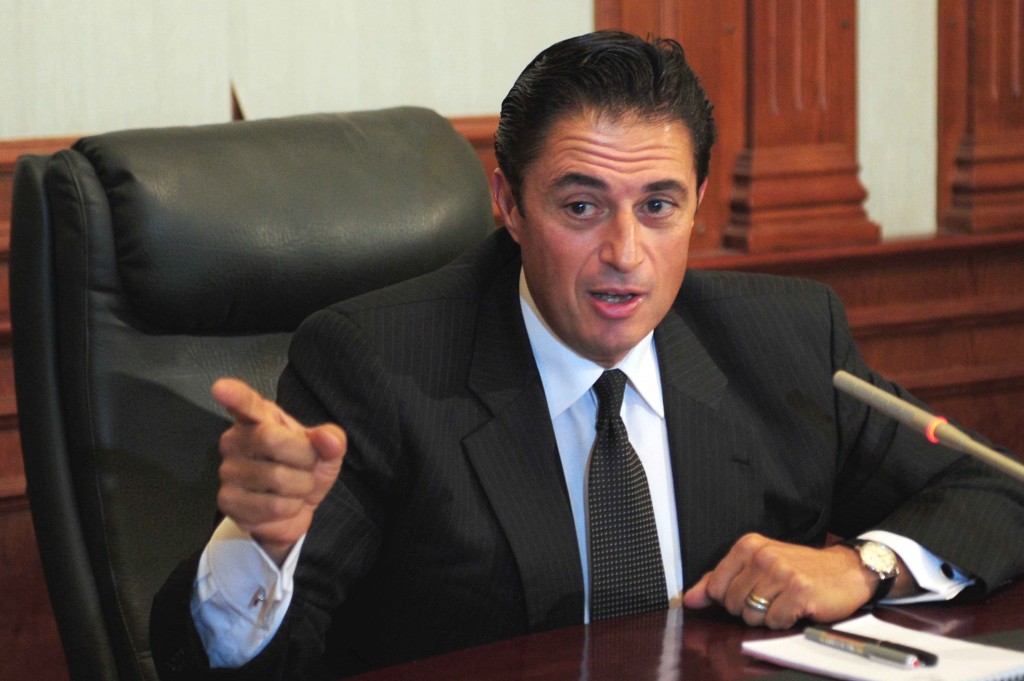 In a special statement to Daily News Egypt, El-Messiry said that approximately 35 projects in different sectors, worth total investments of approximately EGP 40bn, will be featured at the conference. He asserted that the investment opportunities also include projects affiliated to the Cairo, Beheira, and Matruh governorates.

These projects are expected to be implemented through partnership with the private sector, or the Build-Operate-Transfer (BOT) system,” El-Messiry said.

Moreover, approximately 20 of the big projects will be proposed in the infrastructure field, relating to new road axes, with current road networks worth EGP 1bn. These projects were submitted to the Ministry of Investment to conduct their feasibility studies, before submitting them at the conference.

The governorate has a vision to rely on its own resources to develop the Alexandria region, especially as it holds 40% of the volume of industry and free industrial zones in Egypt.

El-Messiry disclosed that the governorate has entered into a €10m contract with a German consultancy office to study an integrated urban scheme to establish New Alexandria.

“We will move out from the area of Alexandria to King Marriott, and Borg El-Arab,” El-Messiry said. He added that there is a lot of the governorate’s lands that have been illegally taken over, and there is coordination now with the local Bedouin community to legalise the situation and evacuate the land.

The consultancy office will carry out studies of the nature of the lands needed on which to establish residential and commercial areas. This will occur in addition to providing suggestions on transportation in the area, like the metro and bus systems, in addition to determining the number of present residents, and looking into the possibility of compensating them.

El-Messiry explained that the project will link Alexandria city to the city of New Borg El-Arab, through a middle space between the two cities. The aim is to encourage citizens to move out from the centre of Alexandria, and encourage easier movement to Borg El-Arab, outside the range of Alexandria, to contain the expected projected population growth.

The New Alexandria project area amounts to approximately 3,700 acres. It has been decided that the project will include high level urban areas, spaces for schools and universities, in addition to allocating 300 acres to medical tourism projects. The project will also include establishing the biggest international market of Egyptian products, whilst also establishing the Alexandria Smart Village.

El-Messiry also disclosed that new legislation stipulating the seizure of buildings that violate the governorate’s law will be issued, especially with the high cost the governorate pays in removing the illegal floors. He added that, after seizing these buildings, the price per metre of land will be re-evaluated and re-priced, in accordance with the opinion of the governorate appraiser.

Alexandria’s rubbish problem would also be resolved soon, through a company that will be established to remove the rubbish for recycling, El-Messiry added. The governorate will contribute 25% of the project’s capital, and it will create 3,000 new job opportunities.

El-Messiry added that a tender will be launched in the next month to choose the companies the governorate will contract with, after the contract with Nahdet Misr comes to an end in March 2016. The company that will be established will be owned by the governorate with capital of EGP 100m, with offers taken only from the Egyptian companies.

Nahdet Misr started operations in Alexandria in 2011 as a national Egyptian company, after the previous contracted company, Veolia, resorted to international arbitration against the governorate. Nahdet Misr was assigned by the prime minister to operate at that time as a step to save the situation. At that time, the volume of rubbish in the city did not exceed 1,700 tons per day, but now Alexandria creates around 4,000 tons of rubbish daily during winter, while in the summer and peak days, the number reaches 5,500 tonnes or more.

El-Messiry clarified that the tender requirements are currently being revised. One of the most prominent requirements is to divide up the streets, and to become acquainted with the contractors who deal with the company and the number of cars. The governorate of Alexandria will supervise the areas subject to the contract.

This step comes within the national project that is intended to be implemented with the Ministry of Urban Development and Slums. The project aims at dividing Alexandria into residential areas, and encouraging youth graduates to establish small companies or non-governmental organisations (NGOs) to collect rubbish from homes for recycling.

This initiative aims at working on raising residents’ awareness in order to implement the rubbish collection system from homes, and to encourage residents themselves to separate the different kinds of wastes. This system would eliminate the presence of big rubbish collection points in the streets, which only allow scavengers the chance to search the points for specific materials and ultimately make the streets full of rubbish. The governorate is also negotiating with the Ministry of Supply to provide residents with incentives to adhere to separating the different kinds of waste.

The governorate said that 300 industrial workshops will be opened in the area of Om Zeghio in next November. Moreover, the public transport sector will be developed, by adding 150 new buses to the existing fleet. The new buses would be equipped with facilities to help the elderly and the handicapped enter and leave the buses.