2017 Africa Cup of Nations: Egypt and Senegal qualify for Gabon

2017 Africa Cup of Nations: Egypt and Senegal qualify for Gabon 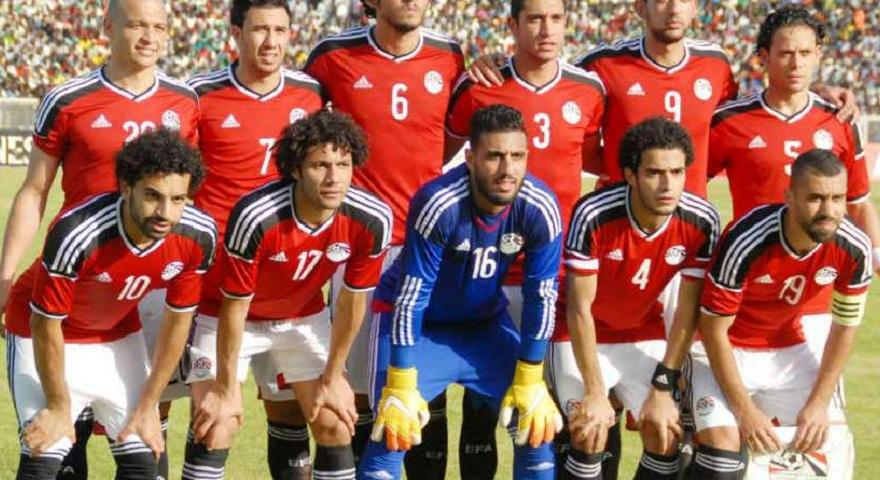 Egypt and Senegal qualified for the 2017 Africa Cup of Nations finals in Gabon on Saturday as the penultimate round of fixtures continued.

Roma winger Mohamed Salah scored both of Egypt’s goals in a 2-0 victory away to Tanzania as they returned to the finals of a Nations Cup for the first time since 2010.

Senegal sealed their place at Gabon 2017 thanks to goals from their English Premier League players, Sadio Mane and Mame Biram Diouf, who both scored in a 2-0 win away to Burundi.

Despite the absence of Al Ahly captain Hossam Ghaly, who was left out of the squad by Argentine coach Hector Cuper, Egypt secured the victory which ended Tanzania’s faint hopes of qualifying.

Seven-time African champions Egypt knew that anything better than a 4-0 defeat would be enough for them to reach Gabon, having missed the last three Nations Cups.

Salah’s opening goal for the Pharoahs came from a sweetly struck free-kick a minute before half-time.

Tanzania missed a chance to equalise in the 54th minute. They were awarded a penalty only for Mbwana Samatta to shoot over the bar.

Salah then sealed the victory for Egypt scoring his second of the game just four minutes later.

Joining Egypt in Gabon will be Senegal who defeated Burundi 2-0 in Bujumbura to ensure they will top Group K.

The Teranga Lions have won all of their qualifiers so far and top the group with a maximum 15 points, while second placed Burundi have just six.

The group’s other fixture was a fight for survival with Namibia beating Niger 1-0 courtesy of a 15th minute goal from Peter Shalulile.

The win keeps Namibia’s hopes of finishing as one of the best second placed sides alive but Niger cannot now qualify.

Guinea-Bissau are on the verge of their first ever appearance at an Africa Cup of Nations finals after securing a 3-2 home win over 2012 champions Zambia.

A Zezinho penalty gave the hosts an early lead before Collins Mbesuma equalised. Arnaud Mendy restored Guinea-Bissau’s lead which they held until the 48th minute, when Nations Cup winner Chris Katongo levelled the match to 2-2.

A 90th minute winner from Toni Silva put Guinea-Bissau four points clear at the top of Group E. They will qualify if second placed Congo lose in Kenya on Sunday.

Zambia now face a struggle to secure one of the best second-placed spots.

Uganda moved closer towards qualification with a vital 2-1 win away to Botswana to move three points clear at the top of Group D.

Luwagga Kizito put the Cranes ahead in the 10th minute, with Onkabetse Makgantai equalising in the second half for the home side.

It only stayed 1-1 for two minutes, as Khalid Aucho scored Uganda’s winner in the 54th minutes to give his country hope of going through to the Nations Cup finals for the first time since 1978.

Group C leaders Mali also improved their chance of advancing to the finals with a 3-0 win away to South Sudan.

Goals from Abdoulay Diaby, Mobido Maiga and Mousa Doumbia gave Mali the victory which moves them five points ahead of second placed Benin who will now play their Group C match against Equatorial Guinea on Sunday 12 June after Fifa conditionally lifted Benin’s ban.

Sierra Leone moved to within a point of reigning African champions and Group I leaders Ivory Coast with a 1-0 win over Sudan in Freetown.

Sheka Fofanah scored the only goal for the Leone Stars to keep their hopes of qualifying alive.

Two goals apiece from Thamsanqa Gabuza and Keagan Dolly gave South Africa an emphatic 4-0 win away to The Gambia.

It keeps alive Bafana Bafana’s faint hopes of a best runners-up spot in Group M, won by Cameroon on Saturday.

In Group H, there was an eventful match in Kigali where second placed Rwanda lost 2-3 to visitors Mozambique who sit bottom of the group.

Domingues put Mozambique ahead in the 10th minute, with Jacques Tuyisenge equalising on the 37 minute mark.

Apson Manjate made it 2-1 to Mozambique with Tuyisenge scoring his second of the game to level the match at 2-2.

Helder Pelembe then scored a winner for the visitors eight minutes from time to record their first win of the campaign.

In Group F, Cape Verde boosted their hopes of qualifying as one of the two best runners-up with a 2-1 win away to Sao Tome e Principe.

The final round of group matches will be played in September.